After interviewing Seth Godin last week, I had the incredible opportunity to hear, for the second time, Malcolm Gladwell speak at a conference. He was keynote speaker on the second day of the 2009 Yellow Pages Association conference. His insights were, again, spot on, right in the current zeitgeist. Through amazing story-telling talent, he managed to explain at a high-level what was the main opportunity for the Yellow Pages industry. 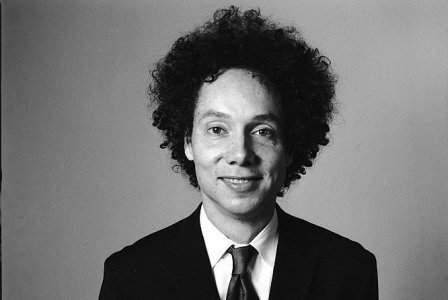 Through the story of David Sarnoff, a RCA employee in the 1920’s, Gladwell showed us that, when it comes to business building, we often exaggerate the kind of resources needed. RCA were trying to sell radio sets and were struggling to do it. Sarnoff had the crazy idea (at the time) of doing a live broadcast of a major boxing event on radio. After saying “no” multiple times (thinking it was the stupidest idea they had ever heard), the RCA exec team finally told him he could do it but they would not provide him with any money or resources. Sarnoff managed to find everything he needed going as far as stealing a radio transmitter from the army and getting a friend to do play-by-play description to execute his plan. He also called RCA’s sales reps and told them to put radios everywhere people were hanging out on Friday nights. It became the tipping point for radio. In the following weeks, people lined up to buy radio sets. The executives at RCA had said no because the idea was too trivial, thinking that fixing the radio sales problem would require a lot of efforts. They were wrong.

He also talked about the importance of “re-framing”. That boxing match re-framed the use of radio in the minds of people. People associated radio with “news” but news was already readily available from the many newspapers published at the time. The radio set wasn’t about “news”, it was about bringing the world live in your living room. Gladwell also discussed the importance of re-framing when trying to bring about social change by talking about seatbelt usage. In the 80’s, even with many educational campaigns and restrictive laws, seatbelt usage was still low in the US. The frame was all wrong. The government was telling people what to do and we all know that doesn’t work well with American population. They decided to switch the focus to kids by saying that, if you have a child, he/she should be restrained. Within 3 years, seatbelt usage went up. Why? Those kids became advocate. It became a question of family responsibility. He also talked about the iPod. Was it the first MP3 player? or the best MP3 player? No!  but why did it become the most successful? It re-framed the product from “technology gadget” to “fashion accessory” (simple and fashionable).

The New Yorker magazine writer then talked about “connectors”, those rare people that have large social circles. In experiments Gladwell did, he found out that most people have 30 people in their social circle. But in every group, there’s always one or two individuals who have 100, 200, or even 300 connections. These people have social powers, “a combination of attributes and personality that allows them to be connected to more people than the rest of us. · They have a greater diversity of connections in their life.” For most people, family, school, and work are the three usual social worlds. Connectors belong to 20 social worlds, often different social worlds from their own and this gives them social power. Gladwell added that the role of connector can be played by individuals or corporations and that it is fundamental today because we are more and more isolated. We function in silos because of the complexity of our modern life.

He finally discussed with us the concept of “Mavens”, trusted guides in a world of multiplied choices. Mavens are people/institutions that have an in-depth knowledge of specific topics and we turn to them for advice. You go in an electronics store, you see 75 laptops on one table and the only difference between each of them is a small sign with technical info and price. How do you decide which one to buy? You could ask a sales clerk but you can’t find them (or they’re not knowledgeable enough). You could educate yourself but it takes time, and you don’t have time. You end up asking people you know, people in your social circle, or sources you trust (maybe Consumer Reports). And they’ll tell you what to buy. People are happy if “someone has made the choice for me”. Someone has filtered and organized the information. That’s the “Maven”.

In the Q&A session, someone asked an excellent question about Google and their dominant position in the market. Gladwell doesn’t think Google’s position is that solid. As he said, “people buy from people they trust. That’s the frame. Google doesn’t have trust. Barriers to entry are low and a search engine is dumb. It’s no so good at understanding the human element. It’s the main difference between Google and Yellow Pages and you need to accentuate that difference”.

What it means: Malcolm Gladwell through his connectors and Mavens concepts told the assembled crowd that the future will consist of connections, influencers, conversations and filters. If you read between the lines, it’s the definition of social media and, as I’ve said before, social media is a game changer in local search. It’s the way you connect consumers to mavens and then to places. I believe this is the next big evolution in the Yellow Pages industry (and even the newspaper industry!) and it will change the way local media work forever. On a personal level, I was really inspired by Gladwell. As I often have “crazy” business ideas which turn into real, tangible success stories, I felt encouraged to continue pushing the envelope. And for me, that envelope is in the meeting of local and social media.